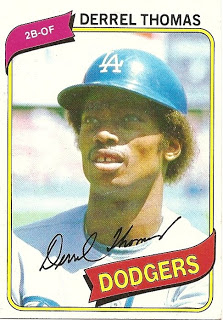 In researching a project unrelated to baseball’s unwritten rules, I came across an item that was too good to not share.

May 25, 1979: In the sixth inning of a game against the Reds, Dodgers second baseman Davey Lopes drilled a three-run homer. Trouble was, the Dodgers led by 12 runs at the time, and he swung at a 3-0 pitch to hit it. The blast gave Los Angeles a 17-2 lead.

This, of course, was a clear violation of the unwritten rules. From The Baseball Codes:

The last thing a pitcher wants to do with his team down by a wide margin late in the game is walk batters, which not only suggests unnecessary nibbling but extends a game that players want to end quickly. When a count gets to 3-0 … it’s a near-certainty that the ensuing pitch will be a fastball down the middle. The unwritten rulebook does not equivocate at this moment, prohibit­ing hitters in such situations not just from swinging hard, but from swing­ing at all.

There’s also the factor of rubbing it in while running up the score. In the modern game, of course, such actions are no longer universally seen as an unequivocal sign of disrespect. Baseball is entertainment, the thinking goes, and nothing is more entertaining than a well-struck ball. The rule still exists, but more players than ever opt out of recognizing it.

In 1979, however, such was not the case. Two innings after Lopes’ homer, Cincinnati reliever Dave Tomlin fed him four straight inside pitches. None of them connected, but after the fourth, Lopes, irate, threw his bat into the air and hollered toward the mound.

It was enough to draw players from both dugouts, even as Lopes angrily stalked toward first base. No fight appeared forthcoming until Dodgers utilityman Derrel Thomas—a perpetual wild card when it came to baseball propriety—decided to take a swing at Cincinnati’s Rick Auerbach, spurring numerous scuffles. This, far more than Lopes’ action, spurred the Reds to action.

Before the next day’s game, Cincinnati players decided to draw names of the Dodgers out of a hat, representing their assignments in the eventuality of another fight.

Every slip of paper said the same thing: Derrel Thomas.

(Thomas started the following day in center field, without incident.)

One thought on “Wayback Machine: Dealing With Code Violations in a Bygone Era”