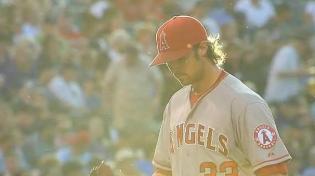 Just a few days back, Dee Gordon tried to bunt for what would have been his team’s first hit against the Mariners.

Because it was only the fourth inning, and because speed is such an integral part to Gordon’s game, and because Seattle led only 1-0, none of the Mariners gave it much thought.

The same couldn’t be said regarding Carlos Gonzalez, who last Friday—the same day as Gordon’s effort—bunted for Colorado’s first hit against the Angels. The circumstances were remarkably similar: It was the fourth inning, it was a tack he regularly uses (he’d already had one bunt single this year, and tallied six last season), and his team trailed only 2-0.

The primary difference: The attitude of the pitcher he was facing.

“Anytime a guy like him drops a bunt down, it’s a little shocking,” said Angels starter C.J. Wilson in an MLB.com report. “I was bummed about that from a competitive standpoint. I guess he just wanted to get on base.”

Sure, Gonzalez is known for his power more than his speed, which in turn causes third basemen to play deeper than they might for somebody like Gordon. Ultimately, however, if there’s a defensive hole to exploit, one can hardly fault a hitter for trying.

“He was throwing nasty pitches, so why would you take that away from me?” Gonzalez said. “That’s part of my game. . . . We were only down by two runs. Maybe in a different situation, I would try to swing the bat because I know how hard it is for pitchers to give up the first hit with a bunt. But I wanted to get my team going and he was dominating.”

The Angels won, 7-2, and there was no retaliation against Gonzalez. Using Wilson’s own vernacular, “bummed” doesn’t necessarily mean “angry,” which may have had to do with the fact that Gonzalez didn’t exactly break up a game for the ages—CarGo’s was one of five hits Wilson gave up on the day.

Then again, the pitcher did see fit to address the matter after the game, even while he should have been basking in an outstanding (one run over eight innings) performance.

Usually, pitchers can unbunch their panties via well-placed fastballs aimed at or near the player responsible for said bunching. It’s time-honored and it’s effective and, if it’s executed properly, it allows adequate venting with no long-term damage.

The long-term nature of the damage Mike Napoli suffered yesterday is up for debate, but there’s little question that he’ll be feeling this particular pinch far longer than he would a baseball to the thigh.

Napoli apparently riled pitcher and former teammate C.J. Wilson by saying, upon Wilson’s signing with Anaheim during the off-season, that he was looking forward to taking the left-hander deep.

Were Wilson truly miffed, he could have called Napolito talk it over. Were he baseball miffed, he could have drilled him the next time the two faced each other. Wilson, however, appears to have been more provoked than angry, gladly looking for an excuse to execute what can only in baseball and frat-house circles qualify as a “prank.”

He tweeted Napoli’s phone number. (That’s what Wilson considers a prank? No, this is a prank.)

Sure, there’s long been a place for off-field retaliation in baseball. Before there was Twitter, Ty Cobb and Buck Herzog fought in Cobb’s hotel room, some hours after Cobb had spiked the second baseman during a game. In this modern age of mass communication, however, it seems that one can do far worse deeds digitally than with one’s fists.

Wilson’s prank—again, we use the term loosely—may have been marginally appropriate had he and Napoli possessed a relationship strong enough to sustain such shenanigans. Napoli, however, told the Fort Worth Star-Telegram that this is not the case.

“I don’t even know why he did it,” he said. “You don’t do that. I am not taking it as a prank. You know, I haven’t even talked to him since the end of last season. We don’t have that type of relationship.”

So Napoli has to deal with the inconvenience of getting a new phone number. Wilson has to defend himself from the outraged masses. And the rest of us get to consider what may yet happen when these guys meet during the regular season (never mind the two spring training contests left between the teams, on March 24 and 25).