My latest is up at The National Pastime Museum, concerning the turbulent times of Satchel Paige and a handful of Negro Leaguers lured to the Dominican to help win support for dictator Rafael Trujillo … at gunpoint.
0

My latest is up over at the National Pastime Museum: Partly about Gabby Hartnett’s fabled “Homer in the Gloaming,” which propelled the Cubs to the 1938 pennant, but mostly about the largely forgotten leadup that helped it endure.

I’ll be chatting about it today at 1 p.m. EST. Come on by for a visit.

Read my latest over at The National Pastime Museum, about Grover Cleveland Alexander, and the decision upon which the 1915 World Series turned. 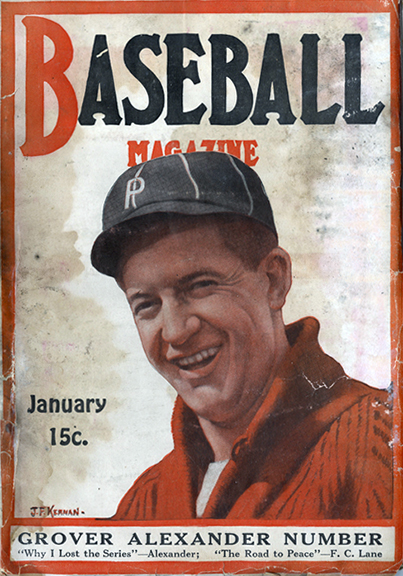 Can’t get enough Branch Rickey? My latest piece, Branch Rickey’s Baseball Revolution: The Continental League, is now up at The National Pastime Museum. I’ll be chatting about it at 10 a.m. PST today. Come on by.

Come chat with me at 10 a.m. this morning over at the National Pastime Museum, where my latest—about Branch Rickey and his underappreciated contribution to the arena of baseball safety—is now up.

Today’s news: The kickoff of my new column for Sports Illustrated.com, covering — what else?

Last month I wrote in this space about the spate of verbal indiscretions committed by people around baseball who should really know better. Since that time, it’s only gotten worse. A natural topic to start with.

The SI pieces will be coming roughly ever couple weeks, and I’ll republish them here. I’ll still be writing regularly for this blog, as well. Enjoy.

Just a quick word to point out an article I wrote recently for the New York Times, about Brian Wilson, the crossword puzzle and what is no longer an unrequited love affair.  Also, you can check out a brief write-up of the piece on the Times’ crossword blog. 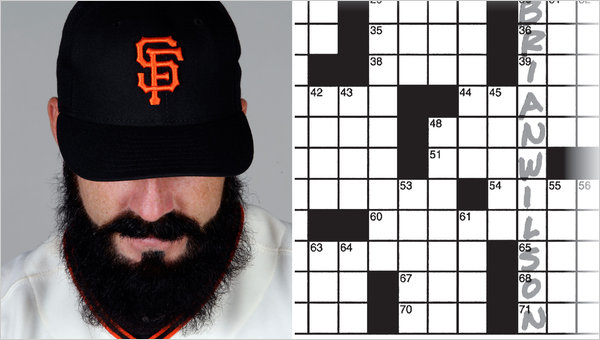 Posts  to this site have been fewer in frequency lately. This is partly due to the limited number of games offering fewer chances for the unwritten rules to crop up.

More so, however, is ongoing playoff coverage. As the Giants continue to win, I’ve been busy covering them for a number of news outlets.

I’ve had two articles in the New York Times recently, one—which came out online today, in advance of tomorrow’s Sunday print edition—details what’s happened to Pablo Sandoval this season in terms of his diminished success.

Another, which came out a couple weeks ago, talks about Buster Posey, and the Giants’ decision to keep him in the minor leagues to start the season.

Not quite the Code, but hey, it’s the playoffs.

The media rarely expresses fascination with baseball’s unwritten rules with quite the same fervor as it does shortly following a Code-based incident. Thus, 41,600 results for a Google search of “Nyjer Morgan” and “unwritten rules.”

Some, however, even manage to look beyond the momentary fireworks to examine the bigger picture.

Such was the case with ESPN’s Patrick Hruby, who last week discussed the unwritten rules for baseball fights. For a 500-word summary, he pretty much nailed it.

The main Code tenets upon which he touches:

Everyone fights
Key statement: “Unless you’re playing clubhouse cards with Bobby Bonilla and Rickey Henderson, on-field attendance is mandatory.”
Key thesis: “More people means more grabbing, pulling, pushing and holding each other back in a big, harmless sea of sunflower seed-spitting humanity; by contrast, nobody leaving the dugout would mean hitter versus pitcher, unrestrained, exchanging dangerous blow after dangerous blow. In essence, a hockey fight.”
Baseball Codes tie-in: Chapter 22: Everybody Joins a Fight

Look angry
Key statement: “True pros know that the safe dissipation of bad baseball blood is a lot like an ancient scapegoat rite. Ya gotta honor appearances.”
Key thesis: Hruby brings up a moment that was also touched upon in The Baseball Codes, involving Derek Jeter and Alex Rodriguez. From TBC: “Derek Jeter once took heat from teammate Chad Curtis for laughing with Seattle’s Alex Rodriguez as the ﬁeld cleared after a ﬁght between the Yankees and the Mariners in 1999. The pair’s main mistake wasn’t joking around instead of ﬁghting—it was failing to look more serious as they did so.”

Hruby also touches on some tenets that have been raised in recent baseball fights. From the Reds-Cardinals fight in which Johnny Cueto donned his kickboxing cleats:

And from the Nyjer Morgan-Florida Marlins fight:

Coaches fight at their peril
Key statement: “For every Pat Listach, the Nationals third base coach who pinned Marlins pitcher Chris Volstad in the brawl Tuesday night, there’s a Don Zimmer.”

It’s all Nyjer Morgan, all the time around these parts. The latest is a blurb I did about his situation for SportsGrid. It’s mostly a summary of the positions I’ve been explaining and re-explaining to the commenters on the recent stories here.

Don’t know SportsGrid yet? It’s new, and it’s fabulous. (Check out the Behind the Grid section, which is consistently entertaining.)