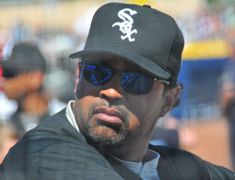 One of the beautiful aspects of the unwritten rules is the huge amount of interpretation involved—the gray area between the boundaries of what opposing managers or players might consider to be appropriate.

Leave it to Ozzie Guillen to stomp right through that gray area, leaving footprints all over the Code in the process.

The situation yesterday: Florida led the White Sox 7-0 in the fourth inning when Marlins outfielder Brett Carroll, who had just been unintentionally hit by a pitch, swiped second. Two outs later, with Carroll on third, Gaby Sanchez stole another base for the Marlins.

When Carroll next came to the plate, with one out in the fifth, he was drilled again—this time with purpose.

“This is baseball, you have to respect,” Guillen said after the game, addressing the situation. “We had to do something about it, and we did.”

There are two camps for considering Guillen’s actions.

One thing in Guillen’s favor is consistency. When asked about this very subject several years ago, his answer meshed perfectly with his actions yesterday: “To me the rule is, if you’re up by six, then you stop. If you’re up less than six you should be running, because any team in the American League can score 10 runs in one inning.”

Two innings after Chicago meted out retribution against Carroll, the Marlins responded in kind, drilling White Sox catcher A.J. Pierzynski in the right elbow. (Such is the curse of being A.J. Pierzynski; you end up targeted even when you’ve done nothing wrong.)

For his part, Pierzynski toed the line of the Code, denying to the Chicago Tribune that it had been intentional, and that pitcher Dan Meyer just “threw inside and it got away.”

The most true quote about the situation came from Konerko, who said, “As far as the unwritten rule, if you ask five different guys you are going to get five different answers.”

2 thoughts on “Guillen Makes His Case for Early Retaliation”