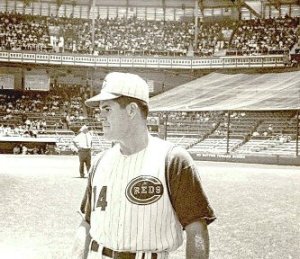 A participant at one of my recent book readings asked why people make such a big deal about pitchers cheating (scuffing, spitballs, etc.), while hitters (corked bats) slide under the radar, relatively speaking. Are there, he asked, that many more cheating pitchers than hitters?

My answer was that spitball practitioners (and their ilk) ply their trade in the middle of the field, under full scrutiny of fans and media. This lends a level of intrigue to the proceedings.

Bat doctors, however, do their preparation in closed workshops, away from public view. There might seem to be more illicit pitchers than hitter, but my feeling is that some of that perception is due to the fact that they’re simply more prominent.

That theory got a boost this week, when it was revealed at one of the bats Pete Rose used in his run to 4,192 hits has cork in it.

The bat, owned by a collector, has been corroborated against a photo of Rose holding it during that time. The model—the PR4192—was made by Mizuno specifically for the chase.

This isn’t even the first time Rose has been so accused. Former Rose confidant Tommy Gioiosa, who blew the whistle on Rose’s gambling habits, long ago claimed that Rose admitted to him that he corked his bats during his final season.

Does this invalidate Rose’s record? Not a bit.

It’s only cheating, after all, if you get caught. And Rose didn’t get caught until 25 years after the fact.

Whether he should have corked his bats in the first place is a terrific conversation topic, with valid points to be made on both sides. The fact remains, however, that none of the numbers put up by the likes of Graig Nettles, Norm Cash or Albert Belle were ever drawn into question once they were caught using corked bats.

Nor should those of Rose.

7 thoughts on “Rose Bat Corked? Evidence a Quarter-Century Later Suggests As Much”