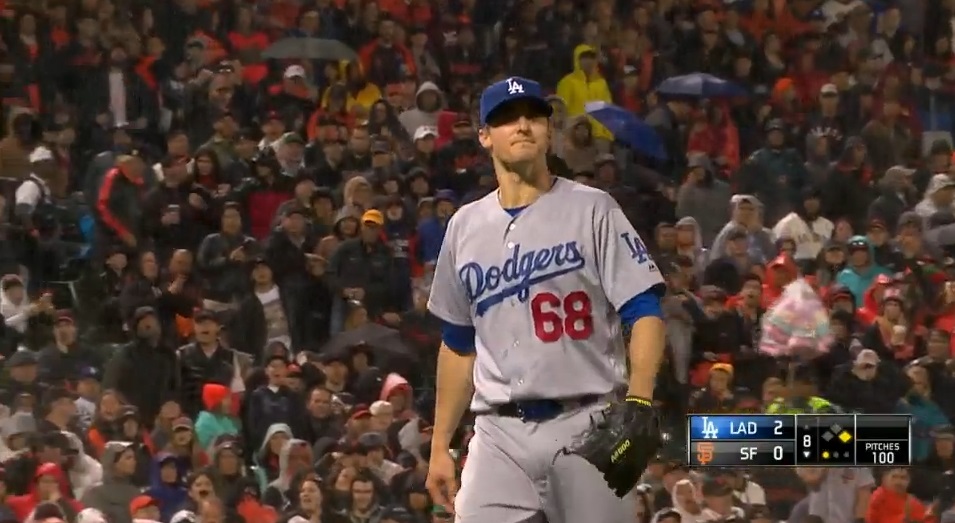 Talk surrounding the decision of Dodgers’ manager Dave Roberts to pull Ross Stripling from the middle of a own no-hitter on Friday was based largely on the fact that he was a rookie. Stripling, sure—but also Roberts.

Stripling was making his first major league start. He was at 100 pitches when pulled, after having maxed out at 78 pitches through spring training. He missed all of 2014 rehabbing from Tommy John surgery, and spent last season making his way back.

These are valid concerns. Perhaps if Roberts had more than four games under his belt as a big league skipper at the time, people wouldn’t have been quite so vociferous with their objections.

Then again, he did break an unwritten rule … or at least a portion of one. The overarching theory has to do with not changing anything during a no-hitter, from the defensive alignment behind a pitcher to the spots on the bench occupied by his teammates. This also covers the pitcher himself, although when a guy is going that well he is usually beyond consideration of being removed.

It’s all just superstition, of course, and it’s not like managers hadn’t done this kind of thing before.

In 2010, Twins manager Ron Gardenhire pulled Kevin Slowey after seven innings of no-hit ball after the right-hander , who had just skipped a start due to elbow soreness, had thrown 106 pitches.

Only eight days later, Rangers manager Ron Washington pulled Rich Harden from a no-hitter, in his first start back off the DL, after 111 pitches. Other instances abound:

Those examples, however, carry less weight than one instance that should have been included on this list. On June 30, 2012, Mets manager Terry Collins succumbed to popular (and historical) sentiment, and allowed pitcher Johan Santana to complete an eight-inning no-hitter. Lending weight to his decision was that it was the first in Mets’ history. Unfortunately, it took the lefthander 134 pitches to do it.

Santana had missed the entire previous season after shoulder surgery, and Collins had him on a strict 115-pitch limit … right up until history came calling. Santana pulled it off, but at a cost: He made five more starts that season, losing them all while compiling an astounding 15.63 ERA. He was shut down that August and hasn’t pitched in the big leagues since.

In light of that detail, pulling Stripling was the logical choice. Perhaps Roberts could have left him in a few batters longer, but, with the guy’s control deserting him—he walked the final batter he faced—it seemed obvious that relief help would be needed at some point. And if that was the case, why keep him in any longer than necessary?

It wasn’t only Roberts who felt this way. Giants manager Bruce Bochy defended his counterpart, saying in an Associated Press report that “It’s the kid’s first start and they have to take care of him … You have to look after his health, and that’s what they were doing.” Even Stripling’s father offered up support for the decision.

Superstition is great, but players’ careers are far more important. Roberts made the right call.

3 thoughts on “What Price Glory?”