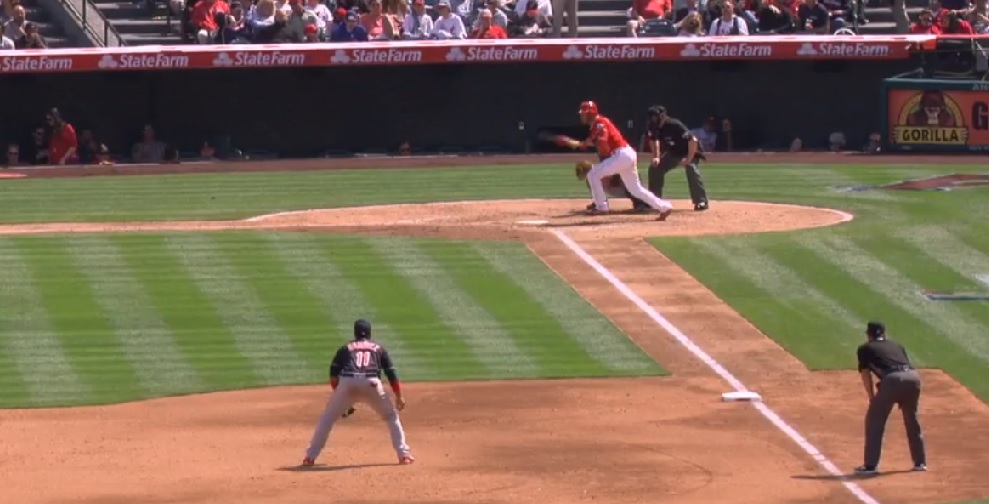 A week into the season and we’re neck deep in When Not to Bunt waters. Unlike Chance Sisco’s effort against the Twins on Sunday, Anaheim’s Andrelton Simmons actually dropped one down yesterday while Corey Kluber was tossing a no-hitter. Also unlike Sisco, that’s an actual violation of the unwritten rules.

If a team is behind by a reasonable margin in the late innings of a no-hitter, the theory holds that it is incumbent upon them to avoid resorting to trickery to ruin a masterful effort. Fair enough.

Yesterday, however, when Simmons noted the deep positioning of third baseman Jose Ramirez, it was only the fifth inning. Even more pertinently, the Angels trailed only 2-0 at the time. By reaching base, Simmons brought the tying run to the plate in the person of Shohei Otani.

It paid off when Otani homered, tying the game and allowing LA to win it in the 13th.

To their credit, unlike various members of the Twins, Cleveland players didn’t much complain about it, probably because it was so obviously kosher. Here’s hoping whoever next encounters something similar will feel the same way.