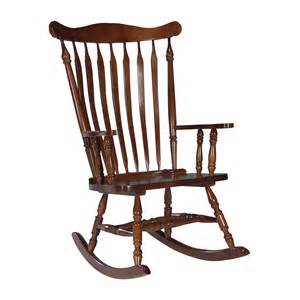 The Code has taken a drubbing over recent days, thanks to Gerrit Cole and his sense of propriety. All because he called out Carlos Gomez for overacting on the field.

Gomez needs to be celebrated — not discouraged — for what he brings to major league baseball. At a time when the sport’s message on instant replay and home-plate collisions has become muddled, Gomez illuminates an even greater concern: Why do major league players take exception to peers who have the audacity to enjoy themselves on a baseball field?

He then went cultural, wondering why Gomez—or Yasiel Puig or Jose Fernandez—shouldn’t be allowed to celebrate success the way they learned growing up in their various countries of origin.

Over at Hardball Talk, Craig Calcaterra, in agreement with Morosi, says to “ask yourself—honestly—why it’s so important to retain some century-old code of on-field stoicism and stifling of exuberance, style and—dare I say it—swag.”

At Deadspin, under the headline “Down With Baseball’s Fun Police,” a galled Barry Petchesky wrote that “Carlos Gomez [took his] time to admire what he thought was a home run. Words were exchanged, punches thrown, all over a little showmanship.”

Well, no. Punches were thrown because Gomez started throwing them. Cole did nothing more than verbally indicate that he did not appreciate Gomez’s act.

And I have asked myself—honestly—why baseball’s unwritten rules are important. I’ve also come up with some answers.

They’re important because playing sports the right way—with the understanding that my definition of “the right way” is not the only acceptable interpretation of the term—is important. I coach my daughter’s softball team and my son’s T-ball team, and I expect every player under my watch to be respectful of the opposition. I love celebrating great plays and victories, but it rubs me wrong when professional players treat commonplace success as if they’ve accomplished something remarkable. I am drawn to those who embrace the concept of team—an idea that is, by its very nature, subsumed by the look-at-me mentality of showboating.

I get that the game is changing, and support much of that change. (Hell, I all but cried uncle last year in the face of Puigmania.) After all, as standards change and celebrations become commonplace, they grow increasingly less about showing up the opposition and more about the simple act of beating one’s own chest. Fine.

No matter where one draws the line, however, there is still a line, and it behooves everybody to not just understand where it is, but why it exists. (To address Morosi’s point, this is especially true for players who are singled out for having come up in a Latin American system that has far looser controls on its expressions of exuberance than the professional game in the U.S.)

Gerrit Cole is not exactly a crusty veteran—he’s 23 years old and in his third year of pro ball—but he does have a sense of how the game should be played. Even if he doesn’t take personal offense to Gomez’s antics, he has every right to view them negatively in a larger context, and to comment in response.

I won’t try to explain Cole’s thinking, but I can tell you my own motivation had I been in his shoes:

I don’t want baseball to end up like football, where mediocre first-down runs are celebrated as if they were touchdowns.

I don’t want to see baseball players popping their jerseys or pointing backward with their thumbs to the name between their shoulderblades.

Baseball is individual enough as it is. I have come to accept increasing levels of showmanship every year. I largely agree with those who decry intentionally hitting batters as a form of outdated brutality. I do believe there are those who take the unwritten rules—and themselves—far too seriously.

But to call Code proponents “the fun police” is to miss the point. I believe that sport and team—any sport and any team—hold far more importance than the individual players on the rosters. I appreciate humility in a highlight-driven world. I want to know players for doing their jobs, not for how they respond to doing their jobs.

So bring on new methods of celebration. But be neither surprised nor offended when some people recoil in response.

5 thoughts on “On the Importance of Baseball’s Unwritten Rules, or: Why So Much Fuss Over a Li’l Old Code?”