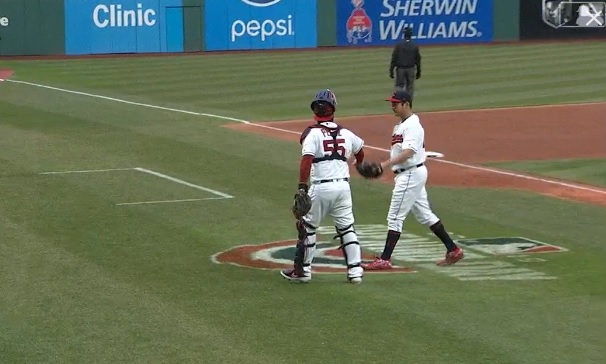 In the let-the-kids-play world of new school baseball, the acceptance of bat flips and related celebrations isn’t the only thing turning the unwritten rules on their ear. Once, not so long ago, it was shocking to see a pitcher pulled in the middle of a no-hitter. Now we’ve now seen it happen twice in the span of a week.

Yesterday it was Trevor Bauer, who through seven innings and 117 pitches had allowed no hits to Toronto. The right-hander had racked up eight strikeouts and six walks (plus a 31-pitch third inning), and though he’d thrown as many as 147 pitches in a game back in college, Cleveland manager Terry Francona was not going to let him get anywhere near that number again.

On Monday it was Baltimore’s David Hess, who was yanked by manager Brandon Hyde in the middle of the seventh after only 82 pitches. His recent workload, however, included 42 pitches on opening day, four days earlier.

Hyde is a rookie skipper, only 45 years old. Francona is managing in his 19th big league season. What they have in common is the perspective that at such an early junction of the season, it simply doesn’t make sense to put unnecessary stress on a pitcher’s arm.

One need look no further than Johan Santana for a cautionary tale. The left-hander, on a Hall-of-Fame track to that point in his career, tossed a 134-pitch no-hitter for the Mets in 2012. He was left in by manager Terry Collins solely to pursue the first no-hitter in Mets history despite having missed the previous season following shoulder surgery, and despite Collins having proclaimed a 115-pitch limit for him before the game. Santana’s ERA, 2.38 through 11 starts to that point, was 8.27 in his 10 starts thereafter. After that, he never pitched in the big leagues again.

Nobody wants to revisit that kind of decision. Pitchers were pulled in the middle of no-hitters twice last year in Oakland alone—once for the A’s (Sean Manaea) and once for an opponent (Nathan Eovaldi, then with the Rays). Overuse is a risk that managers are no longer willing to stomach.

“I didn’t want to take him out …” Francona told reporters after the game about his decision to remove Bauer. “I told him I hate it. He goes, ‘I hate it too, but I know it’s the right thing.’ I care too much about him and this organization to hurt somebody. I would have loved to have seen it because I don’t doubt that he would have kept pitching and probably not given up a hit the way he was throwing. I just have an obligation to do the right thing even when it’s not the funnest thing to do.”

Leave fun to the bat-flippers, I guess. New-school baseball can be so confusing.